“Not for ourselves alone are we born.” — Cicero

They never saw the day.  But they knew it would happen.

Their herculean efforts had a purpose.  They knew that — the women of a newer generation, and the nation and the world, would see the fruits of their labors.

They were an unbeatable team: a pair that was much bigger than the sum of their parts: DieGestalt.

And their idea was bigger than them too.

It was audicious idea at the time.

The Declaration of Sentiments.

Be Beautiful, Brilliant, and Bold

Hedwig Kiesler, was declared the “most beautiful women in the world,” but she quickly got bored of the sobriquet.  She did not play the Hollywood game.  She spent many of her evenings creating.  But few would know, what she was creating for it was classified as secret for 40 years.

Six different husbands.  All married her for different reasons.  But not any like her father.  He loved his daughter for her intelligence, not for her beauty.  It was he, who encouraged her to ask how things work, which gave her a supreme self confidence even by the tender age of 15.  “I must make my own decisions.  Mould my own character…

“There are two kinds of people: Earthlings and Martians”
Dr. David West Keirsey

People who are generally observant are more ‘down to earth.’ – Earthlings

People who are generally introspective are more ‘head in the clouds.’ – Martians

This iNgenous Martian wrote a book.

Author of: An Anthropologist from Mars

And he will have written and published 12 other books, including his autobiography, when he will die later this year. For he has realized he has terminal cancer.

“I want and hope in the time that remains to deepen my friendships, to say farewell to those I love, to write more, to travel if I have the strength, to achieve new levels of understanding and insight.“

Nineteen fifty-six was a defining year for American popular music. The foundations of rock and roll were solidified when Elvis Presley, newly signed to RCA Victor, released his eponymous first album. The harder-edged rockabilly band Johnny Burnette and the Rock and Roll Trio did the same. The year’s jazz releases were just as iconic: “Chet Baker Sings” helped originate a smoother West Coast sound, and The Miles Davis Quintet would ultimately find four full-length albums worth of hard bop material recorded during only two day-long sessions. There was magic coming from every corner of musical expression — Glenn Gould, Sonny Rollins, The Jazz Messengers, Fats Domino — but one album, released in October of that year, was its own quiet revolution.

The album cover is a picture of two middle-aged black people, seated on folding chairs. The woman…

We’re proud to present, for the first time online, “For the Public Good,” Belle Boggs‘s story for The New New South about the shocking history of forced sterilizations that occurred in the United States, and the story of victims in North Carolina, with original video by Olympia Stone.

As Boggs explained to us last year:

“Last summer I met Willis Lynch, a man who was sterilized by the state of North Carolina more than 65 years earlier, when he was only 14 years old and living in an institution for delinquent children. Willis was one of 7,600 victims of North Carolina’s eugenics program, and one of the more outspoken and persistent advocates for compensation.

“At the time I was struggling with my own inability to conceive, and the debate…

Revolution in Rojavais the first book-length account of the unique and extraordinary political situation in Rojava, Syria. In this article, Janet Biehl talks to the authors and discusses how and why the new society in Rojava so inspired them.

For decades, three million Syrian Kurds have lived under brutal repression by the Assad regime,

their identity denied, access to education and jobs refused, imprisonment and torture a way of life for those who dared object. Yet resistance has grown. By developing organisations, after the Arab Spring arrived in Syria in March 2011, the Kurds seized the moment to create a pioneering, democratic revolution. The liberation of northern Syria—Rojava—began at Kobanî on July 19th 2012, and the global history of social and political revolution would never be the same again.

In May 2014, three Kurdish solidarity activists from Germany and Turkey decided to visit Rojava. ‘I wanted to…

He lost. They didn’t elect him.

“Give me your tired, your poor,
Your huddled masses yearning to breathe free,
The wretched refuse of your teeming shore.
Send these, the homeless, tempest-tossed, to me:
I lift my lamp beside the golden door.”

In fact, he lost partially because of his efforts in behalf the nation.  However, it hasn’t been widely recognized that the most impactful, beneficial, and long lasting effect of his decision, wasn’t the decision that he is known for, reviled for, and awarded for. 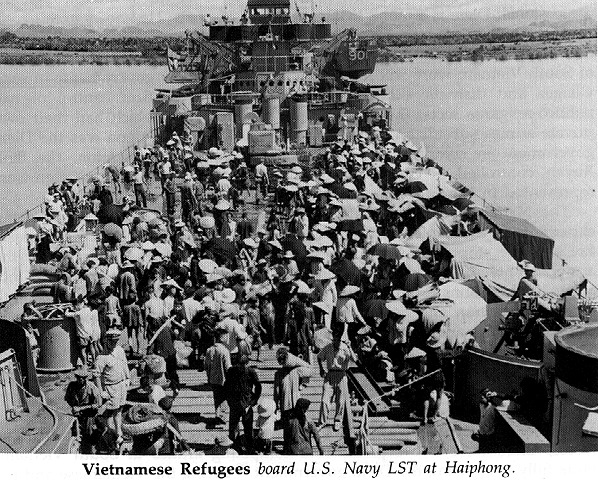 “All that is gold does not glitter”

He had this look in his eye.
He knew the answer.
He was certain.

He drew up, paused, and slowly readied himself for the assault — chalk in hand, poised to hit the board.

He glared at the audience and said: “Bayes”

He had just demolished in his own mind, the enemy.

That hack of a job, not theoretically grounded — that gibberish of ad-hoc computation used by MYCIN and PROSPECTOR. Crazy! Silly!Why did they use such sloppy kludges! He had the better solution. “Bayes” — Bayesian theory could answer it all.

Bayesian this, Bayesian that, he rammed his argument into his audience, flittering for one mathematical equation to another — from one argument to another, with a real vehemence. He prowled back and forth, for the entire talk. Bayes formula. Bayesian. Vanquishing all opponents, real or imagined, once and for all. In the…

A young non-Irish woman with limited English and precarious residency status, discovered she was eight weeks pregnant as a result of what the Sunday Times have reported as a “traumatic rape.” Due to her legal status in Ireland she could not freely travel abroad in order to access an abortion so immediately applied to have a termination in Ireland under the new legislation, stating that she was suicidal at the prospect of carrying the foetus to term. Like Savita Halappanavar and Bimbo Onanuga, she is another woman from outside of Ireland who has been completely failed by the Irish medical system.

Three doctors declared that the woman was suicidal under the panel formed under the Protection of Life During Pregnancy Act in January. The legislation states that medical practitioners may authorise an abortion where “there is a real and substantial risk of loss of the pregnant woman’s life from…

Savita Halappanavar died on this day 4 years ago in Galway University Hospital. She died in suffering and in pain, because she was pregnant, having been denied basic medical care she and her husband Praveen repeatedly requested.

She died because abortion is illegal in nearly all circumstances in Ireland and even now remains so; but she also died because she was a pregnant migrant woman and a woman of colour in Ireland. Migrant women are twice as likely to die in pregnancy in Ireland as women born in Ireland and the UK. Nora Hyland, Bimbo Onanuga, and Dhara Kivlehan are all names of migrant women who’ve died in or after pregnancy in recent years in Irish maternity hospitals who should be alive now with their children. Only a few months ago Malak Thawley died in an operating theatre of the NMH after basic surgical equipment “could not be found” to…