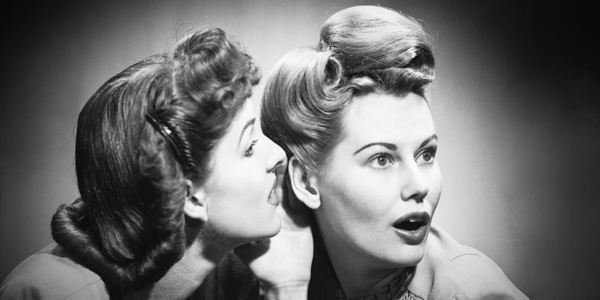 Sorry, gals! You’ll never be as blabby as Men Going Their Own Way

So the nice gentlemen over on MGTOWforums are trying to get to the bottom of what they see as a very important question: Why Can’t They Ever Shut Up?

Unfortunately, they’re not asking this question about their fellow Men Going Their Own Way and their tendency to blather on and on about the manifold evils of women. No, they’re talking about women and their alleged inability to shut up. And they have some, well, interesting theories to share.

Actually I’m not sure if Anita Sarkeesian is Belieber Verified

Over on Twitter, a small army of #GamerGaters and their pals have shown up in my mentions to assure me that the only reason Anita Sarkeesian was attacked after offering her opinions about the Marysville shootings was that it was somehow inappropriate for her to discuss the possible causes of the shootings so soon after the shootings, and so, naturally, people were angry at her.

And angry people, I guess, just can’t help but send rape threats and call women c*nts! There’s nothing misogynistic about it at all!

Well, this is an argument, I guess. Too bad it’s not really borne out by the facts.

Because, the thing is, Sarkeesian gets harassed pretty much every time she says anything.

It’s been a pretty shitty week. I don’t think I need to explain why. So here’s something to help take the edge off — a new meme featuring a phrase anyone who’s ever said anything critical of GamerGate has heard, again and again: “Actually, it’s about ethics in games journalism.”

This new meme, which started really taking off today on Twitter and Tumblr, seems to be becoming the new “not all men.” Which makes sense: “Not all men” is to mansplaining what “Actually … ” is to Gatersplaining.

Here are some of my favorites, taken from Twitter and from the new Tumblr blog titled, naturally, Actually … it’s about ethics in games journalism.

Apparently, A Voice for Men is just itching to be sued.

Paul Elam and the gang over at everyone’s favorite Men’s Rights hate site have just launched a new website — WhiteRibbon.org — that seems pretty clearly designed to undermine and co-opt the real White Ribbon campaign, a long-running international initiative to fight violence against women.

The REAL White Ribbon campaign has a number of websites, reflecting its international reach — in Canada, where the initiative originated, as well as in the UK, Scotland, Australia, New Zealand. and other places. But apparently the organization didn’t buy up all the related domain names. 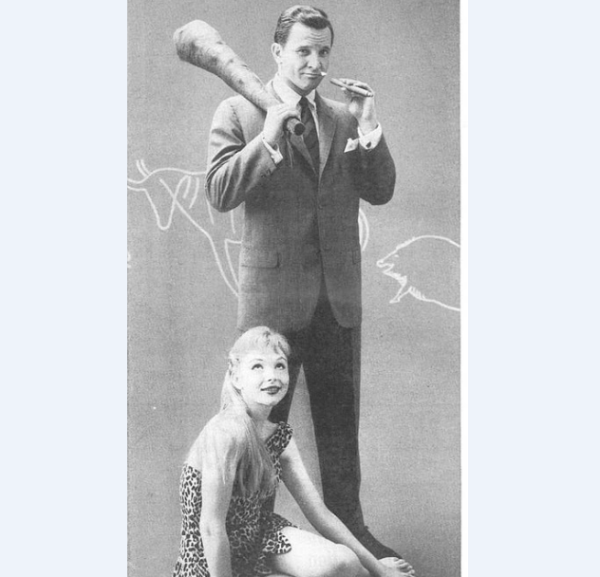 Every MRAs not-so-secret fantasy. (From a vintage cigar ad.)

Today, the easy winner in my informal “Worst Thing I Saw On The Internet” contest is a horrendous little hangout for dudes with a very particular sexual fetish: they like to fantasize about raping and sexually humiliating feminists.

The Breaking Feminist Superheroines subreddit (r/breakfeminazis), with 865 subscribers, describes itself as

GamerGaters sometimes try to rebut charges of misogyny by pointing out that the targets of their wrath aren’t only women. And that’s true. They also target men … who stand up for women.

Mike Stuchbery, a writer and teacher in England, recently aroused the wrath of the Gaters by posting a brief essay titled “A Letter To The Gamerdudes In My Classes” on his blog. In the essay, he wrote “[d]on’t be part of the mob that attacks whichever target GamerGate is going after this week.”

So now he’s become “the target GamerGate is going after this week.” Or one of them, anyway.

This shirt available in men’s and women’s styles

Sexual harassment: it’s not just something that dudes do. And here’s a little story from the GamerGate wars on Twitter to demonstrate this.

Yesterday, an anti-GamerGate Twitterer known as @Auragasmic directed a question to Adobe Software. And got an indignant reply from a GamerGater known as Cameralady.

Who would have thought this dude would turn out to be a nerd-baiting douchebag?

If you search Google for “Anita Sarkeesian” and “not a gamer” or “not a real gamer” you’ll find links to hundreds of angry gamer tirades against the gaming critic for allegedly not knowing what she’s talking about, among them several videos devoted to proving her “not a real gamer,” an article declaring her “the worst thing to happen to videogames since Sonic ‘06,” and an Encylopedia Dramatica entry that declares her to be, among other things, “a feminazi bitch and “pop culture critic” with whore earrings” as well as “a filthy Jew and a white race traitor [with] sandn*gger parents.”

Given this obvious antipathy towards people who aren’t gamers but who still have opinions about gaming, you might not expect the #GamerGate masses to embrace putative allies who who admit they’ve never played games. Yet…