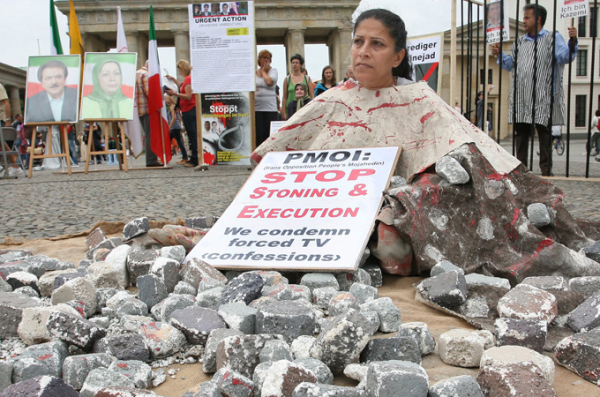 A woman protests stoning at a demonstration in Berlin

In the midst of a mostly dull disquisition on the evils of marriage, filled with odd jargon he’s made up himself, A Voice for Men’s erstwhile cooking columnist August Løvenskiolds makes a comment so startling and revealing that I have to bring it to your attention.

Løvenskiolds is discussing the fall of “andomarriage,” which is his term for traditional marriages in which both man and wife agree to a set of mutual rights and responsibilities. Specifically, he says, both agree to

2 thoughts on ““A woman stoned to death is a woman held to adult standards that feminists now reject,” one MGTOW explains.”