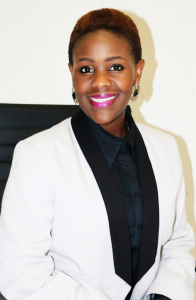 Imani is now recruiting sixty (60) lawyers and is projecting a talent pool of 400 lawyers within 16 months. Its lawyers have global experience at big law firms and education from top African, European and North American universities.

Imaniis a direct response to the changing legal landscape and the tremendous economic growth opportunities present on the African continent. Corporations in Africa face considerable cost pressures and are seeking affordable representation that does not compromise on the quality of legal counsel. Imani provides a flexible set of solutions that respond quickly and cost effectively to mounting workloads and budgetary constraints. Imani’s lawyers can work with clients on site or remotely, on various flexible models such as secondments, special projects, rotational work or flexible support. It’s expertise without the overheads.

Based out of Johannesburg, Imani will offer tailored legal solutions across the African continent and across economic sectors on…

The 2016 Pulitzer Prizes winners have been announced: The New Yorker’s Emily Nussbaum won the prize for criticism. Lin-Manuel Miranda won the drama prize for “Hamilton.” The New York Times’s Alissa J. Rubin won the international reporting prize for her work investigating the abuse of Afghan women. The Boston Globe’s Farah Stockman won the prize for commentary for her series examining race and education in Boston after busing.

A list of the all the winners and finalists can be found here. Below is a short list of other books and features that were honored today:

Explanatory Reporting: “An Unbelievable Story of Rape” (T. Christian Miller of ProPublica and Ken Armstrong of The Marshall Project)

Dr. Brian Goldman, in his blog for CBC radio, wrote about the new article in the Canadian Medical Association Journal (CMAJ) on the sex ratio after induced abortion in Ontario, i.e. sex selective abortion.

There are lots of issues with Dr. Goldman’s piece and I am compelled to address what I…

In 2009 the notable medical journal The Lancetpublished a study that made a shocking revelation.  It revealed that in one year, at least 106,000 women were killed by fires in their homes in India.  That is — one woman burnt to death every 5 minutes!

These results were acquired by collating records of death by burns from hospitals.  Most of these women were married and of 18-35years, the age group in which married women are most likely to be victims of murder for dowry by their husbands and in-laws in India.  Also upon speaking to relatives of the victims, the researchers observed that most of these deaths were under suspicious circumstances.  The study also noted that the police refused to investigate and in most cases refused to even open a case file, as is often the case in suspected dowry related…

Hey folks – this article has been blowing up today, so in response we wrote a follow up! Here’s ANOTHER 6 stories to ruin your favourite movies! Hope you didn’t like ‘Back to the Future’ or ‘Harry Potter’…

So that favourite movie of yours? We’re going to ruin it. If this troubles you then you shouldn’t read any further. What follows are five stories that occurred during the making of some very popular movies, some considered childhood classics, that are so wretched and awful that they may ruin the movies for viewers. We guarantee you won’t watch the movies the same way again.

The author of the Mary Poppins series of books, P.L. Travers, created one of the most iconic characters in cinema. She was less than impressed with the version that Disney turned out. Travers was never happy with the idea of an…

Ted Cruz was interviewed on Fox about how he is so much better with the women than Donald Trump. Look he married one, see!

When asked about abortion, given Trump’s recent flip flops (I think he’s had six or is that seven positions this week?), Ted Cruz said “the people” should decide. And that Roe is so terrible because it took abortion “out of the control of the people”

Not the women people, the other people.

And women should carry their rapists baby to term.

His plan, which he somehow feels is very moderate and filled with empathy, appears to be get rid of Roe and then let the voters decide state by state. Women and doctors? Silly, they don’t know anything.

I guess getting rid of Roe will happen by stacking the Supreme Court with forced birth judges. In the absence of Roe abortion will be immediately…

“We always have to ask ourselves whether the level of risk is worth the story. What is bravery, and what is bravado?” “My answer then, and now, was that it is worth it.” She…